It was not your typical Denver day. The sky’s cemented grey burst, pouring rain that pounded the ground until it yielded to what E. E. Cummings has described as the “puddle-lusciousness” of spring. Umbrellas, a seldom spectacle in the Mile High City, could be spotted from the heights of the bar associations’ offices, which, from below, appeared as if in a cloud. 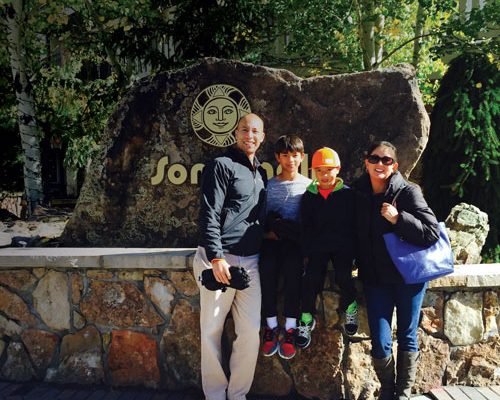 Despite April’s most definitive watershed moment, Franz Hardy was unstoppable. He walked in the door of D Bar Denver with unvarnished poise, took a seat far-removed from the increasingly soaked windows, and, after a long sip of strong coffee, prepared to comment on the evolution of the legal profession and his vision as president-elect of the Denver Bar Association.

For those who have yet to have the pleasure of meeting him, Hardy is an accomplished trial attorney whose focus pertains to business and insurance litigation, including commercial disputes, directors and officers liability, coverage and ERISA. He is a partner at Gordon & Rees LLP and has a successful record of representing attorneys and law firms. 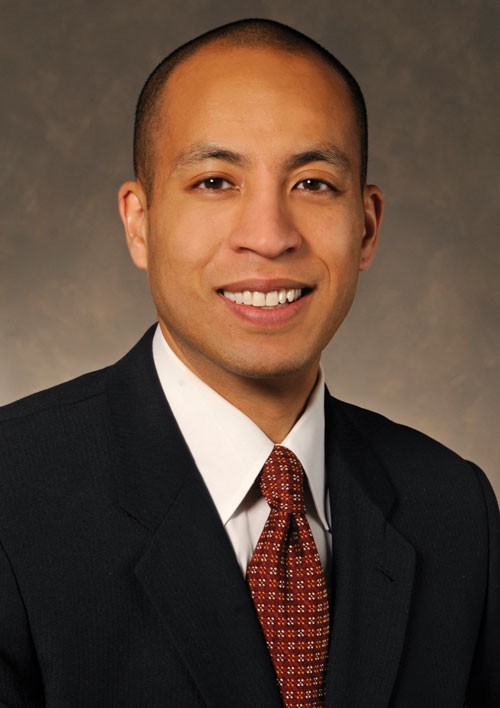 The DBA’s incoming president-elect is not a newcomer when it comes to leadership roles. He has served as chair of Gordon & Rees’s national Diversity Committee, where he has overseen diversity initiatives in more than 30 offices across the country. He is also a past president of the Asian Pacific American Bar Association of Colorado and chair of the University of Colorado Law School Alumni Board.

Hardy is passionate about the Denver Bar Association’s spectrum of work and feels honored to have the opportunity to serve its members in a more all-encompassing capacity. While he hails from Colorado Springs, he considers Denver to be his real home. He feels fortunate to live in a city where a wellbeing-oriented lifestyle continues to reign.

Rather than being a predestined course pioneered by previous generations, the practice of law found Hardy unexpectedly. Like incoming DBA President Nancy Cohen, he was the first in his family to go to law school. His career took shape intuitively and organically. He hopes that his undefined path and aspirations as a diverse attorney will inspire future lawyers to dabble in uncharted waters and foster a society of inclusive growth.

Hardy attributes one of the most poignant moments in his career to receiving the Richard Marden Davis Award in 2012. Each year, Davis Graham & Stubbs LLP joins the Denver Bar Foundation and the Davis family to sponsor the award, which is presented to a Denver lawyer “under the age of 40 who so combines excellence as a lawyer with creative civic, cultural, educational and charitable leadership as to best exemplify the character and promise of Richard Marden Davis at that stage in his career.” Being placed in the company of such remarkable individuals as Justice Monica Márquez and Justice Richard Gabriel impressed upon him the idea that he had come into great expectations of what he could and should accomplish, in the legal community and beyond.

While Hardy readily admits to the challenges of leading a balanced life and excelling at the practice of law, he is living proof that it can be done and done well. He enjoys destressing at the gym and spending quality time with his wife and two boys. He is someone who has heroically quelled the itch to look at work emails at odd hours, knowing that promptness does not have to mean always being on call 24/7.

By the time the coffee had disappeared, the rain had stopped. But Franz Hardy was again unstoppable. He set out into the sunshine, armed with an umbrella and a spring in his step, ready to join forces with DBA President Nancy Cohen in confirming the fact that the DBA is here for its members, rain or shine.