An Encounter with Justice Sotomayor from Two Perspectives

By Karina Rocha and Melissa Austin

Through the Eyes of Karina Rocha

On September 1, 2016, my friend Melissa Austin and I had the opportunity to attend Justice Sotomayor’s VIP event in Denver. This event was limited to 100 people, and we were fortunate that CBA President Patricia Jarzobski asked us to attend in her place. The first thing that came to my mind was the thrill of meeting the first-ever Latina justice! Being a Latina myself, I couldn’t wait to hear Justice Sotomayor speak of her accomplishments and how she was able to rise to her current position.

I felt proud to have the chance to be there to see a Latina who shows other Latinas that they can accomplish their dreams. At the start of the event, I did not know much about Justice Sotomayor. She has now become one of my role models.

Justice Sotomayor spoke of her family and how she managed to get through obstacles, one of which was being opposed by others to take the seat on the Supreme Court. She talked about dealing with the fact that people would make hurtful comments in public, but she was unstoppable. I liked that she talked about her roots. She mentioned very personal matters, including how she grew up without a father and how she struggled in college. She put in extra time to meet with professors so that she could improve her writing; she did not want to graduate without knowing how to write well. This really seemed important to me. Now that I am in law school, Justice Sotomayor has inspired to me to ask for more help when I need it.

What was unique about her talk was that she walked around the event center to take questions from students. Melissa and I had our hands up, but we weren’t chosen. However, for the rest of the students, the justice gave them in-depth answers. Some of the students were part of the Deferred Action for Childhood Arrivals program, which helps undocumented students continue their education in the United States. It made me happy that the students who want to educate themselves are having the opportunity to do so, and were being active in their community by coming to see Justice Sotomayor speak.

After the talk, the VIP section had the opportunity to go upstairs to attend a small reception with Justice Sotomayor. Melissa and I waited anxiously to shake Justice Sotomayor’s hand. The justice had a long line of individuals waiting to speak with her. She only spent a minute or two talking to each person. All that went through my mind was that we were about to meet one of the Supreme Court justices. It wasn’t until I was waiting in line that I realized how this was a once-in-a-lifetime opportunity. I kept telling Melissa over and over what we were going to say to the justice so that we wouldn’t embarrass ourselves.

We finally came face-to-face with Justice Sotomayor. She shook our hands and asked us where we were from. It seemed that Melissa and I were the only students in the VIP section. We explained that CBA President Patricia Jarzobski had given us tickets. We told her that we were both first-generation students and that we were so inspired by her. Justice Sotomayor had a group of marshals guarding her at all times, and they strictly prohibited any photography, so we were unable to get a picture with her. However, the memory will be everlasting.

The next day, Melissa and I volunteered at the CU Boulder lecture with Justice Sotomayor, and, to our surprise, she remembered us from the previous night. We felt special that someone so busy actually remembered who we were. It was truly an honor to have had this opportunity, and we are very grateful to Patricia Jarzobski. 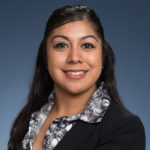 Karina Rocha is a second-year law student at the University of Colorado Law School and plans to pursue a career in criminal indigent defense after graduation. She is co-president of the Latino Law Students Association and can be reached at karina.rocha@colorado.edu.

Through the Eyes of Melissa Austin

My meeting with Justice Sotomayor started with a fateful email from CBA President Patricia Jarzobski. As first-year law students, my classmate Karina Rocha and I had the pleasure of meeting her at the Regional Black Law Students Association Convention, and we’d kept in touch with her ever since. She emailed Karina and me, asking if we would like to attend a talk by Justice Sotomayor and a VIP reception. I couldn’t believe what I was reading; I re-read the email at least 800 hundred times. After my initial shock wore off, Karina and I immediately responded to Ms. Jarzobski, telling her that we would be honored to go to the event and thanking her for her generosity.

Fast-forward to the big day. Classes felt like they would never end, but I quickly found myself exchanging my casual school clothes for slacks and a suit jacket before heading to Denver for the event. Once inside, Karina and I found great seats that were close to the stage.

The conversation lasted for about an hour, and during that time, I found myself inspired, uplifted and motivated — not just to pursue my career goals, but my life goals as well. Hearing her discuss her life as a child, her struggles and accomplishments as a law student, a judge and eventually as a justice, was poignant and touching. As a woman of color, it was all the more powerful hearing the first Hispanic justice talk about her struggles and the adversity that she faced throughout her inspiring career. Hearing stories about her law school challenges was particularly meaningful for me, as my first year of law school has not been without its difficulties. During particularly low points in my first year, I questioned whether I should continue. Knowing that one of the most highly esteemed lawyers in the country had faced some of the same struggles has inspired me to confront and learn from challenges to become a better student and, in time, a successful attorney.

After her conversation, Justice Sotomayor took questions from the audience. Eventually, Karina and I came up with a question, and somehow I was the one obliged to ask it. As I raised my hand, I felt my nerves rise exponentially and fought hard to remember what it was I wanted to ask. Unfortunately, we took a bit too long in deciding what question to ask, and the event wrapped up without me having a chance to ask her my question.

Even though we missed out on that chance, we knew we still had the VIP reception to look forward to. As we waited in line to meet the justice, Karina and I rehearsed what we would say to her. As we got closer, I started to get nervous again and worried that I would trip over my words, or not be able to form any words at all. Once we made it to her, she asked us where we were from. We told her our names, that the CBA president had invited us and that that we both attend CU Law. She shook our hands and thanked us for coming. Even though we didn’t get a chance to say more than introductions, it was wonderful to meet such an inspirational woman.

The next day, Karina and I volunteered to help set up a speaking event that the justice was attending at CU. While she was speaking to high school students, she noticed me with a group of volunteers and singled me out, saying, “I met you last night, right?” All I could do was nod and smile. It felt incredible knowing that she remembered meeting me.

Hearing Justice Sotomayor speak and share her experiences, wisdom and inspirational words was beyond thrilling. This was a once-in-a-lifetime experience that I will never forget. D 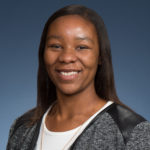 Melissa Austin is a second-year law student at the University of Colorado Law School. She is currently the vice president of CU Law’s Black Law Students Association and can be reached at melissa.austin@colorado.edu.

Originally printed in The Docket.