Denver lawyers do great things. “This is our community, and I want Denver lawyers to know that the Denver Bar Association is here for you, every step of the way.” Such clarity of vision and succinct precision are emblematic of Nancy Cohen’s leadership style within the legal and broader communities. Cohen, a New Jersey native, has been in Colorado since she was 17. With the DBA’s 125th anniversary in full swing, she knows that she has big shoes to fill and relishes the challenge. As incoming Colorado Bar Association President Patricia Jarzobski has pointed out, the historic alignment of female bar leaders across the country warrants that the bar will be raised in new and unprecedented ways. One of Cohen’s chief missions during her presidency will be implementing the DBA’s five-year strategic plan, a plan that was a year in the making.

Cohen’s charismatic exuberance is a trait that translates positive first impressions into lasting ones. Reflecting on her flair for getting things done while still having fun, she confesses, “I’m high energy. I love the law.” Her love of the law has no relation toBluebook technicalities. Instead, her passion centers on lawyers as people, as humans who, though not infallible, are in a privileged position to make the world a more equitable place. As she unabashedly puts it, “I like lawyers a lot. That’s why I defend them.” What more could anyone ask for in a bar association president?

Cohen’s record of experience in the practice of law is similarly impressionable. She is currently a partner in Lewis Brisbois Bisgaard & Smith LLP’s Professional Liability Practice Group. Her practice focuses primarily on the representation of lawyers in malpractice claims and grievances. She also defends health care and other professionals with licensure issues. Over the course of her career, she has handled a variety of cases, including commercial litigation matters, contract disputes and personal injury scenarios. Previously, she was a co-founder of the boutique litigation firm MiletichCohen PC. Before that, she served as chief deputy regulation counsel at the Colorado Supreme Court Office of Attorney Regulation Counsel.

Much of Cohen’s career trajectory is indebted to the support and guidance she received along the way from family members, friends, former partners and mentors, including Judge Frank Plaut and Magistrate Judge Patricia Coan. She recalls a particularly pivotal crossroads: “I remember trying to decide between becoming a philosophy professor and pursuing the practice of law.” Her mother, a speech pathologist, gently counselled that she needed to make a living. Current events, too, contributed to the direction of her career. “I remember watching the Watergate hearings and being intrigued about the process. The fact that the law is all-encompassing and fundamental somehow spoke to me.” 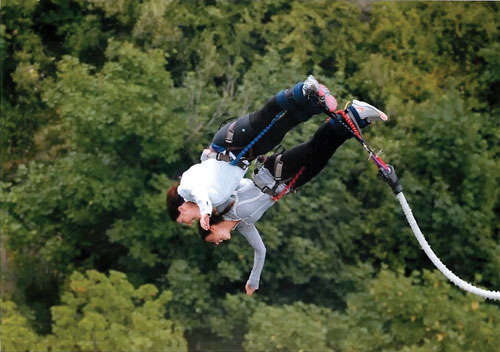 The youngest of four girls, Cohen was a dreamer and achiever born with a “go-out-and-do-it” mentality. She has always been a calculated risk taker and proponent of “stretching” in order to reach one’s full potential. After all, it was thanks to her resolute audacity that she became the first person in her family to go to law school and the first woman to be president of the University of Denver’s Alpine Club — a climactic story that involved rallying the support of her future husband and his buddies.

Cohen readily acknowledges that the practice of law has changed dramatically since she graduated from the University of Denver Sturm College of Law. She shares outgoing American Bar Association President Paulette Brown’s view that it is important to be open to where your support comes from. “It’s not just about women helping women; it is also about seeking people who will help you with your career,” she says. While there weren’t many female professors when Cohen attended law school, Brooke Wunnicke was a particular beacon of inspiration. She ingrained in her students the ABCs of what it takes to be a lawyer: Accuracy, Brevity and Clarity. Even in today’s age of technological dependencies, such elementary truths remain universally acknowledged.

Supporting access to justice and mentoring are two areas that Cohen would like to bolster during her presidency. She aspires to build upon Immediate Past President Janet Drake’s “Make a Difference” campaign in a way that strengthens the fact that membership in the DBA is a mutually beneficial investment. It’s not just about what lawyers can do for the legal community; it’s also about what the bar association can do for lawyers — of all ages and backgrounds. “It’s about positioning ourselves to do even better,” she explains. “The DBA membership experience is customizable. You take what you want from it.” 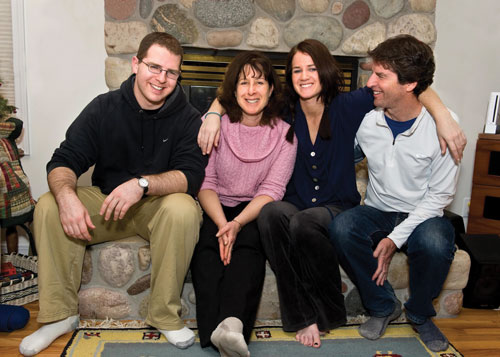 Despite her varied commitments and roles, including serving on the Family Star Montessori School Board of Directors, Cohen prioritizes a balanced life and spending time with her children, Daniel and Jessica. She and her husband Jim (from Cannes, France) and their children love to travel, try out new ethnic foods, and escape to the great outdoors. They visited China shortly after the Olympics and have explored destinations as disparate as rural Tuscany, Patagonia and Brazil. They have also climbed all of the fourteeners. Next on the itinerary is somewhere in Africa. 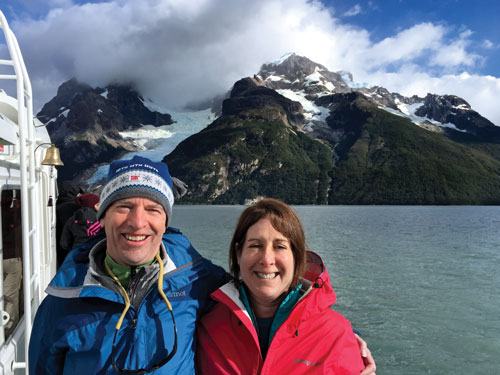 Having that global perspective is something that Cohen believes is fundamental in an increasingly globalized world. Her cultured outlook has instilled in her a deep appreciation for the United States, as well as a desire to help foster a more inclusive society. As she puts it, “The times they are a-changing. If you don’t try something new, you won’t grow.” For her, the success of the bar association is intrinsically linked to the efforts that go on behind the scenes: “We as a bar are very lucky to have such a great staff.”

Passionate. Direct. Humorous. Giving. Spirited. Those are some of the many qualities that the DBA has to look forward to in its incoming president.