Civility Counts: The Importance of Professionalism

As young attorneys, we all in recent years had the distinct privilege of being sworn-in to practice law in the great State of Colorado. To obtain a license to practice law, we each recited and subscribed to the Colorado Attorney Oath of Admission.

I will maintain the respect due to Courts and judicial officers; I will employ only such means as are consistent with truth and honor; I will treat all persons whom I encounter through my practice of law with fairness, courtesy, respect and honesty; I will use my knowledge of the law for the betterment of society and the improvement of the legal system . . . .

The Crumbling of Civility Within the Legal Profession

Numerous jurisdictions have reported a growing problem of incivility within their legal communities. A few examples of reported uncivil behavior include the use of anti-Semitism in one attorney’s letters, an attorney directing racial slurs at courtroom deputies, an attorney’s sexist name-calling of opposing counsel during a deposition, and the engagement of “Rambo” lawyering.

The South Carolina Supreme Court recently suspended an attorney from the practice of law for 90 days due to an incendiary letter he wrote to his client; the attorney also copied the opposing party to the letter. The court reasoned that the suspension of the attorney’s bar license was warranted, because the attorney had failed to “act with ‘fairness, integrity, and civility, . . . in all written . . . communications’ ” as required by multiple South Carolina ethics rules. In the Matter of Gary White, III, 391 S.C. 581 (2011).

As the example from South Carolina illustrates, an attorney’s incivility may lead to the imposition of significant disciplinary measures, such as the suspension of one’s bar license. Certainly, losing one’s ability to practice law is not worth the price of incivility, especially after all the time, effort, and significant financial cost required to obtain a law degree and to pass the bar exam.

As young attorneys, we must recognize that there is no place within our profession to treat opposing counsel, opposing parties, court personnel, or judicial officers with any amount of disrespect, acrimoniousness, or belligerence.  Attorney incivility tarnishes our profession, frustrates the timely resolution of legal matters, hampers clients’ interests, and erodes the already tenuous trust the public has in lawyers.  There is no doubt that with concerted effort and forethought, we can all zealously represent our clients’ interests without engaging in caustic, uncivil behavior. 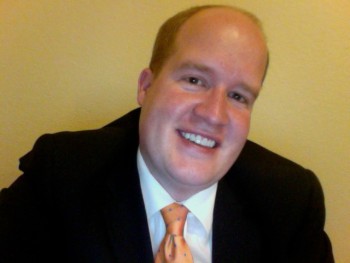 Ryan S. Hansen is a Denver metro native and has been licensed to practice law in Colorado since October 2011.  Ryan earned a Juris Doctor degree from The University of Tulsa College of Law in May 2011 and a bachelor’s degree from Brigham Young University in December 2007.  While in law school, Ryan served as a law review editor.  Ryan authored the Comment, Colorado Residential Property Owners and Their Cloudy Right to Precipitation Capture, which is published in Volume 46 of Tulsa Law Review.  In his free time, Ryan enjoys spending time with his wife, Allison and their nineteen-month-old daughter, Lauren.  Ryan is a diehard Denver Broncos fan and is eagerly awaiting the start of training camp and the football season.  Ryan welcomes thoughts and feedback on this blog post and can be reached by email and LinkedIn.