This year as a 3L, I am participating in the Community and Economic Development (CED) Clinic, the exclusively transactional clinic at DU Law. During the CED Clinic orientation in August, our team of Student Attorneys and Supervising Attorneys went on walking tours of local neighborhoods to observe different approaches to development. 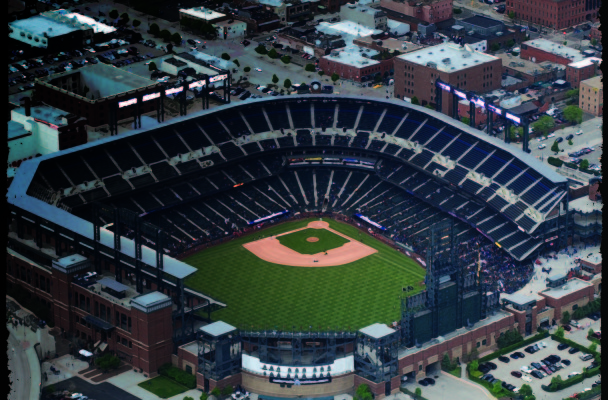 One of these neighborhoods was Ballpark/Five Points. On the tour, many of us were struck by the seemingly uncomfortable coexistence of the large homeless population drawn by the services of Denver Rescue Mission (DRM) and the newer residents drawn by recent development. In an article for The Denver Post, Jon Murray explained the tension as follows: “Two sometimes-conflicting dynamics define the friction: the area’s longtime status as a homeless haven and its more rapid gentrification, sprouting high-rise apartments and condos.” This friction Murray describes is best captured in the example of Triangle Park — a long-time homeless resting place recently transformed into a fenced-off dog park.

Over the past two years, the tension between these two communities has continued to climax in a heated zoning battle, and in late October of this year, a court issued the final word.

Here’s the story in a nutshell:

This rather dry zoning story highlights the sharp divide between the homeless and the Ballpark area business owners — two communities coexisting with little to no interaction. In situations like this, it is important for those in leadership to consider alternatives to litigation that promote thoughtful community engagement. Creative, transactional attorneys should be able to bring everyone to the table to find good solutions for all parties involved. With showers, bathrooms, a large kitchen, a 220-capacity dining hall and a courtyard for daytime shelter, the new DRM facility provides a great solution to the Five Points homeless community.

According to Brad Meuli, President and CEO of DRM, “The courtyard will dignify the homeless, allowing men and women an opportunity to take a shower, get a drink of water and rest their feet. It will also give us a chance to connect people to services, and [add] a more efficient space to provide thousands of meals.” Mayor Michael Hancock also issued the following statement: “When we committed to creating the Lawrence Street Community Center, it was a promise to provide a safe, dignified place for those in need of basic services and to wait for assistance at the Rescue Mission. I’m very pleased with the judge’s ruling, as it means we can get this vital service back on track to opening before the winter months are upon us.”

But regardless of the merits of BNA’s frustration, the fact remains that, without the facilitation of a more public hearing, BNA didn’t feel heard in the process. Given an opportunity to voice its concerns, BNA would have expressed its dissatisfaction with the city’s subsidy being used for a community center, a project BNA understands to be a “Band-Aid” fix to a growing problem. BNA claims it would have rather seen the city’s subsidy put toward long-term supportive housing and wraparound services, such as transitional housing, job training, drug treatment and mental health care. (It is unclear how these services are distinctly different from DRM’s New Life Program that will likely utilize the new facility.)

Whatever your views are on the economic development happening in Ballpark/Five Points, the friction between the homeless community and the Ballpark area business owners reminds us of the social upheaval and overlapping realities described in Dickens’ A Tale of Two Cities. Gentrification — a term derived from genterise, an Old French word implying the well-bred and upper-class — is frequently employed to describe what’s happening in Five Points. To be sure, Five Points is not on the brink of revolution, as was 18th-century Paris in Dickens’ story, but we as lawyers should be wary of perpetuating a system that “sows the same seed of … oppression over again” — not out of fear of revolt, but out of respect for human dignity.

Ty Nagamatsu is a 3L at the University of Denver Sturm College of Law. She is pictured here with her two daughters, post-rugby match at Aspen Ruggerfest. She can be reached at ty.nagamatsu@gmail.com.