January is Human Trafficking Awareness Month, so this seemed like the perfect month to highlight the progress that the anti-human trafficking movement is making in Colorado.

Broadly speaking, human trafficking is exploitation by forcing or coercing a person to work or participate in commercial sex. Victims of human trafficking can be from anywhere; they can be U.S. citizens or from foreign countries. Victims are often targeted because they have one or more vulnerabilities (e.g., substance abuse, mental health issues, immigration limitations, etc.).

*Law enforcement should collect data on incidents and arrests associated with human trafficking;
*Prosecutors should flag human trafficking cases at the time of charging for purposes of data collection;
* Standards should be established for the following organizations and professionals who provide direct services to victims of human trafficking:
~ Community-based victim advocates;
~ Behavioral health treatment providers;
~ Housing program providers;
~ Case managers; and
~ Social services providers.
* Guiding principles should be developed for all professionals who engage with victims of human trafficking;
* A certification process should be developed for professionals who provide direct services to victims of human trafficking that would take into consideration existing regulatory systems and limited resources in rural communities;
* Funding sources should be investigated to help service providers and assisting agencies comply with standards and certification;
* A 24-month implementation plan should be used for Safe Harbor to allow improvements to the systems used to serve vulnerable juveniles;
* Safe Harbor would give immunity to juveniles for the charge of prostitution and would include a sunset provision with a post-enactment review;
* Safe Harbor should utilize existing temporary custody provisions in Title 19 for the assessment, placement and treatment of suspected child victims of sex trafficking.

Prevention and public awareness campaigns are also on the agenda. For a full copy of the Council’s report, please click here.

Demand reduction is another approach being used to attack sex trafficking. Denver is part of a pilot project being funded by Demand Abolition that focuses on the demand for commercial sex. The Denver Anti-Trafficking Alliance is working with the Denver Police Department and other Denver-based non-profit and governmental agencies to develop and implement demand reduction programs. Some common demand reduction techniques include: reverse sting operations; public education and awareness campaigns; “john” schools and related treatment programs; and community service. (See Michael Shively, Ph.D. et al., A National Overview of Prostitution and Sex Trafficking Demand Reduction Efforts (2012)).

How can you make a difference to support the anti-human trafficking movement? Volunteer to do pro bono work atColorado Legal Services (coloradolegalservices.org); contactThe Laboratory to Combat Human Trafficking to volunteer or provide funding (combathumantrafficking.org); or access resources from DATA (sara.nadelman@denverda.org). To report suspected human trafficking in Colorado, contact the Colorado Network to End Human Trafficking at 866-455-5075. 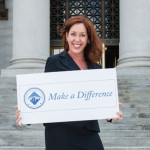 Previously published in The Docket.